Mostly the teachings of a Mad Man 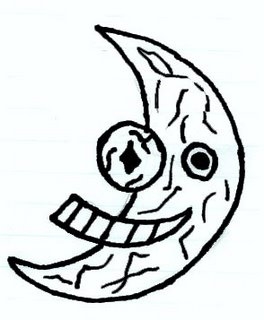 Last nights show was great, though a week late. I’ll get the MP3 up as soon as possible for the archives. Only 3 callers who hung on (several hang-ups when lines were busy). Enough on that topic.

Yesterday I saw a man at the “hospital” where I work. Of course, the term hospital is not a true description of what happens to people there. So much suffering, so much torment. but enough of that- this is the story:

(For those of you who are unfamiliar with my work, I am a loose cannon patient support person at a “Forensic Mental Health Facility”- read: a place where people are kept who have been judged by the courts of Oregon to be “Guilty but Insane”.)

So, this guy, I’ll call him “Mr. Castle” for the purpose of confidentiality; I met him the first couple weeks I was there at a time I was doing Hospital Improvement Surveys as a tool for getting to know the place and it’s people. He live in a gero ward, 34D, with other older and physically limited folks. I really enjoyed talking with him. He is smart and very thoughtful, insightful (despite his current diagnosis of dementia and organic brain disease). He is a deeply spiritual man.

He transferred from the Oregon State Prison a few years back when they could no longer care for him adequately. He is serving a life sentence, convicted of a “terrible mis-deed”  (his words), or, conversely, “Murder” according to his chart. (I once asked him about his treatment in prison compared to the Hospital- he said that Prison was where God had opened his eyes to the world of the spirit and the true purpose of his life. Here he was just surviving and trying to keep devotion to “God and The Mystery” while watching what he realized was a progressive condition that will eventually take away his mind.) In his former life he was a father of 9 children, a US war veteran and a social worker. He has studied psychology and is extremely smart. His memory sometimes fails him. He has had strokes that have affected his mobility. He has PTSD and traumatic brain injury from his military service.

I used to go see him every week the first few months I was working there- I enjoyed our talks. His religious devotion along with a penetrating insight is a joy. Lately I haven’t seen him in at least 2 months. I’ve been busy as I’ve had to work toward a balance in my efforts to be useful to the over 600 patients who live in that island of  Mental Hell Treatment.

I decided to go see Mr. Castle yesterday in the morning after I finished some paperwork. I didn’t think he would remember me. I did not call ahead. I walked to 34D, across “campus” about a quarter mile or more from my office.

I walked into the downstairs lobby. Mr. Castle was with a small group of staff and patients waiting for the elevator to go back to the ward from “crafts class”. He saw me with a puzzled look. I said, “You might not remember me. Can you recall my name?”

He said, “Of course, Mr. Rick. You have arrived just in time. I will only need a small amount of your attention. We can be through in about 20 minutes.” I had a very strong feeling he was seeing me for what he considered an appointment and that he was glad I was not late. “This will work well because I have lunch in about a half an hour from now,” he added.

We went up the elevator, through the locked doors that get us eventually into 34D. He said, “It will only take me a few minutes to get my papers together.” He walked down the hall (with his walker) and gestured for me to follow him.

In his room, he rummaged through papers he had been keeping, seemingly for his anticipated discussion with me. The papers included print-outs from a group he had attended and some writings of his own (in Spanish, but he translated).

First he read to me the key points in his recent writings. Part had to do with a topic we had discussed before- the “purpose of Man in God’s plan and the Ultimate Penetration of the Holy Mystery”. As he translated his own writing he came to several places where he could not find an English equivalent. The most simplistic summary would be: Man is composed of 3 principles- Spirit, Soul (to this he included mind, emotion, habits, attachments) and Body (simply the physical form and it’s basic needs for survival- not the physical desires, which he insists are attributes of Mind). “So, these 3 things make a man. They are all required for Man to fulfill his purpose and promise in the world. One can not outweigh the others or there will be problems, illness and “mis-deeds”.

Then he pulled out a handout from a group he had attended on the ward. He said, “I am a college graduate with much training in psychology. So, you see, I am capable of focusing my mind in the study of this information. I have applied my concentration to understanding what is here.” He had marked up the pages in various parts- mostly underlines and asterisk.

“Psychology is a great and powerful science”, he said, “but it is flawed and does not have a complete understanding of who we are and why we are.” He went on to critique the handouts, respectfully but completely. I won’t go into detail.

In summary, Mr. Castle explained that too much emphasis on the mind and it’s needs and habits is detrimental to a Man in the fulfillment of God’s purpose. The Spirit and the Body must receive appropriate nourishment. Without proper sustenance of each element of our being we cannot penetrate the mystery. He told me a story from his life, the gist of which was that his mind had led him into “terrible misdeeds”. His eyes became red and he began to cry. “I have been locked up for 30 years and suffered great remorse because I did not know the proper balance of my whole being”.

Then he stopped crying. His eyes cleared. He said that everything that had happened was part of his education. He said, “Man always wants to blame God or blame anyone else for their own mistakes. Adam blamed Eve and God, Eve blamed the serpent and God. Ever since then all Man wants to do is place the blame on someone else.”

Then he said it was time for me to go. His lunch would be arriving soon. 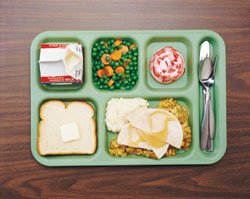