Mad Poetry from the Asylum 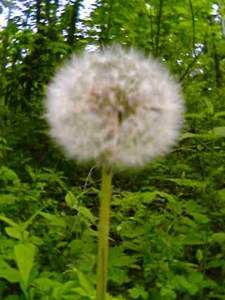 Poems are by JN- a patient in the 50 building on Ward F. Printed with his permission but anonymous because he didn’t want to mess with all the written approval red tape- which has to be approved by the hospital and somethings just don’t find there way through the process.

JN is a big man- over 6’6″ I think. He wears suspenders and has very broad shoulders. My first impression on meeting him was “Paul Bunyan”. He never hurts anyone- no record of him assaulting staff or patients that I could find.

(JN has published a book of poetry. He has no copy but knows some libraries where it is available. He wrote it in the 1990’s.)

Still, staff are afraid of him. Especially small, female staff. He has a temper and when he’s angry he raises his voice. Usually, it’s over some small issue of arbitrary rule compliance.

Example: the soda machine in the hall outside the ward was out of product in the morning at 10 a.m. when it is on the ward schedule that they can go in the hallway with staff to get a soda from the machine. The machine was filled by noon. At 2 :00 p.m. JN asked to be able to go out to the hallway (6 feet from the ward door) with staff to buy a soda. He was told “No. The time for buying soda is 10 a.m.” JN said, “But the soda machine was empty. We didn’t get our soda at 10 a.m. Why can’t we get something now?” Staff: “That’s the rule. You know the rule. No soda. Wait until tomorrow.” JN raises his voice, red n the face, pointing his finger at the staff person,  one more minor indignity piled on top of so many others, “I am so sick of your rules! I’m sick of being treated like a child!” Staff: “That was a verbal threat. I’m putting it in your chart that you threatened me.”

Being charted as making a verbal threat means that he will have no privileges- sometimes it can mean “ward restriction”- meaning that even some of the small spaces available to sit with others or by yourself, are off limits. Sometimes it means they won’t let you go with other patients to the “yard” for fresh air. There are levels of privilege given within the confines of what is already an extremely restricted space. Level zero is the worst.

JN has not been above level zero in the year or so he has been locked up this time around. He does not expect to ever be above level zero. He has at least 8 more years in the hospital as assigned by the PSRB (the Psychiatric Security Review Board- an agency of the state courts).

Sometime I’ll post JN’s description of how he ended up in the hospital- it will blow you away. It started with a psychotic break, being told what to do by voices. No one was harmed.

BTW- not all of JN’s poetry is as heartbreaking as this- some is inspiring. You know how great it is when you are dreaming and find out you can fly? Sometimes reading his poems I feel like crying and flying at the same time.

I will be posting more of JN’s work over time. Maybe we’ll get permission to show his name- he’d like that. The guy that does the hospital newsletter (which never has patient-produced content since I’ve worked there) says he will print one of JN’s poems in next month’s edition. I’ll be waiting.

We watched a butterfly be born into the world

Held hands at a scary film

Smiled with our eyes

I love you was spoken a lot

Mingled with other couples

Broke up once or twice

People talked about our relationship

She wrote when I was gone in jail

This is where we failed

My time was longer than her love

Have a picture of her I can’t tear up

Wish I wouldn’t have made my mistake

Stakes were too high for me

The sentences flowed with suicide contempt

Depression is in the suggestion note

He was a perfectionist in writing what was said

It started with “To Whom it may concern”

It was the sadness in-between that will catch your heart

It wasn’t his dear concern that frightened me

It was the truth of his light that shined through

He was the only one feeling

More of his emotional turmoil churning the past

At last he was drained and insane

Mentally whipped- to no return to serenity

This is was his suggestion

Void was full of that dark stuff

Nothing to carry him to the next moment

At this second he was dead

All blessings to you, JN, with your deep compassion for the pain of others, your courage in the face of utter dark, with your warrior spirit-heart that lets loose the birds of language you call poems.

I love that you have new poetry for me every time I see you in your prison even though you hadn’t written in years before we met.

My thanks, my prayers for your trust and faith.